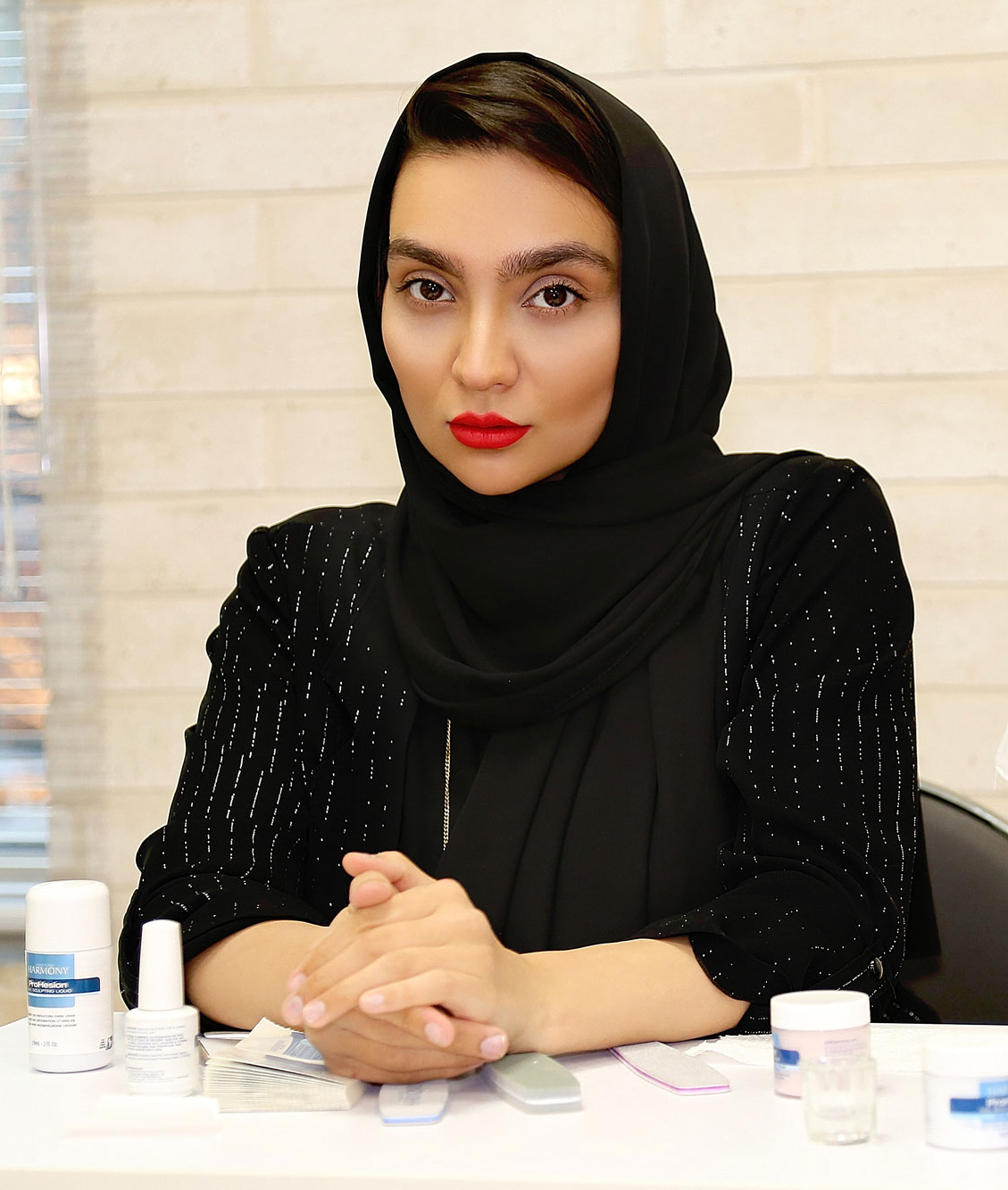 Somayeh Haddadan, nicknamed Sogol Hadad, born in Iran in the spring of 1988, is married and has a well-known child in the field of beauty and is a professional nail designer, referee and senior international instructor.

Professor Sogol Hadad was born in 1988 in the city of Mashhad and immigrated to Tehran at the age of ten due to his father’s job.

After graduating in web design and 8 years of experience in the field of sales management of educational products and services, the management of the bridal sector in the field of beauty in 1393 entered the nail industry. At the very beginning, with his motto (see the magic of my hand!), He has professionally established his position in this field, and in the meantime, with continuous efforts and the creation of unique works, he has made his art known in Iran and beyond the borders. Get your audience involved. After 3 months of his activity, his works in foreign magazines were continuously expanded and he held his first huge conference in Kermanshah with the presence of more than 400 participants.
Professor Sougal Haddad, in the field of nail design and design, has a unique style and inventor of a special and exclusive method in the field of nails, which enriched this art in Iran with new methods and training of more than thousands of students. He sees nail art as separate from a person’s physical beauty and relies on other visual arts, sculpture and other styles. It is worth mentioning that Sougal Haddad is still the only teacher in the field of various types of real and fantasy painting, hall and competition sculpture, powder and gel implants (hall, journal and competition) – hall art techniques, competition journal and Many art collections in this field work professionally.
Meanwhile, in 1397, as the head of Iran’s nail team, he participated in the big competitions of G.K. Russia (the cradle of world nail civilization) and among 28 countries of the world, and was selected as the champion and the first person of this competition. Also, the Iranian nail team led by him won the first place among all the dispatch teams. Master Sogol Haddad’s designs are full of originality and innovation, and with delicate and circular compositions, the secrets and mysteries hidden in his works can be clearly touched. As the nail industry in the world is rapidly changing and growing rapidly, thanks to God and with daily efforts, he has been able to grow and prosper at the feet of the greats of this field in the world.
After a year of working in the field of nails, he was able to achieve excellent grades in various brands, and in 1397, at the official suggestion of the representative (Large Harmony-Jelish Company), he started working as a senior instructor of this brand and was appointed ambassador. The company was established in Iran and the Middle East.
Sogol Hadad is also a coach and sports instructor at Jitsu MMA Cake Martial Arts.
Sogol Hadad brand is now officially registered and you will soon hear amazing news in this regard.